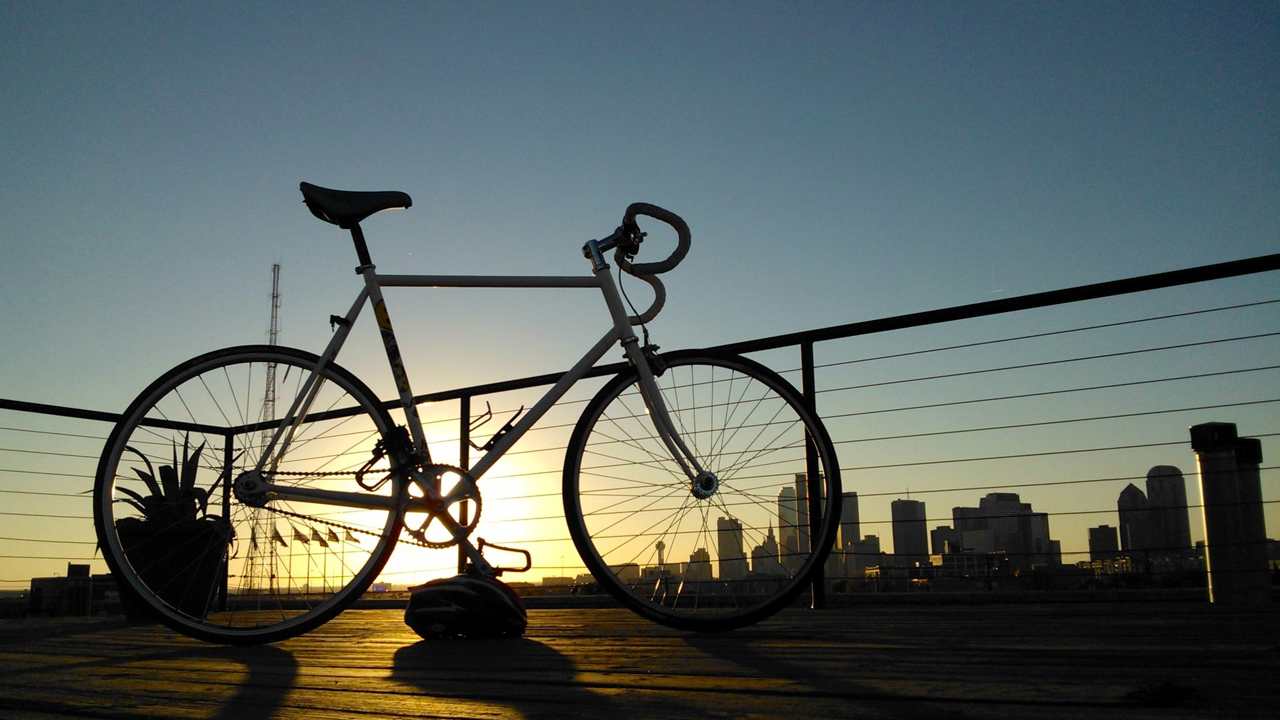 I spent an hour in traffic on my way home from work the other day. That might be a reasonable commute for you, but it drove me crazy. Ten miles of highway-only driving shouldn’t take that long. I can bike faster than that.

The bike route ended up being five miles longer than the highway. But that’s alright because it’s all trails instead of roads. Which means I don’t have to deal with traffic or wait at lights. And I can cover those 15 miles in an hour, no sweat.

I haven’t gone totally car-free yet, but I have been biking in about half the time over the past couple weeks. It’s been great. Even the worst days on my bike are better than being in a car.

The most frustrating part of my commute was the variability in how long it would take. Some days I’d make it to work in 20 minutes; other days it could take three times that long. Biking always takes the same amount of time.

Of course it takes longer to bike to work than to drive. However I usually ride for an hour after work anyway. So I actually save time by biking to work because I don’t have to work out after commuting.

On top of that, there’s the obvious benefit of saving money on gas. I did the math and found that over the course of a year I’d save at least $700 on gas alone. Throw in other maintenance like oil changes and tires and that number goes up even more.

And then there’s the health benefit. I think you’d be hard pressed to find someone who would argue that cycling 8,000 miles a year is bad for you.

It’s no panacea, though. I show up to work a little sweaty and disheveled. We don’t have a shower at work so I do my best to tidy up in the bathroom. If I had to dress business casual this would be an even bigger problem.

As an addendum to that, cycling puts me at the mercy of the weather. Thinking about the cold makes me not want to get out of bed and riding against a headwind can put me in a foul mood. Fortunately I haven’t had to deal with any real weather yet, but I’ll probably just opt for the car on those days.