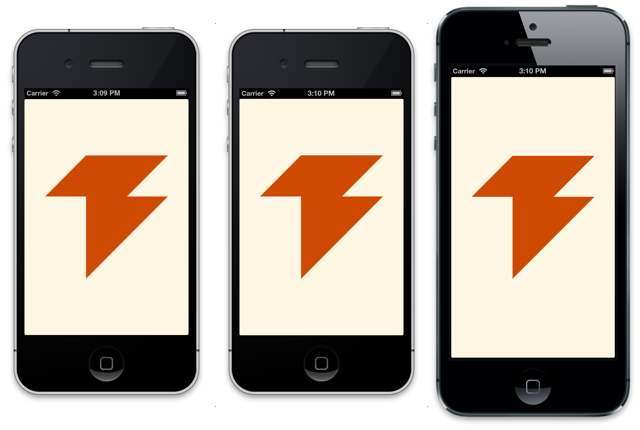 I wrote about icons and startup images for iOS web apps a while ago. Apple just released the iPhone 5, which is taller than previous iPhones. Fortunately it’s a piece of cake to add iPhone 5-compatible startup images to a web app.

So what is the correct resolution? The iPhone 5’s screen is 1136 pixels tall and the status bar takes up 40 pixels on retina devices. That means 640x1096 is the right resolution.

To match the iPhone 5 with media queries, use the reported device resolution of 320x568. It also has a -webkit-device-pixel-ratio of 2, just like all other retina devices.

I’ve created a minimal web app that includes all icons and startup images for iOS devices. It’s also available a Gist. Please let me know if you notice any problems or want to suggest an improvement.

I made the media queries overly specific to avoid the problem of iPhone 5s downloading images and then discarding them. It’s possible to make the media queries a little simpler by only specifying the device-height, but I don’t think that optimization is worth it.

Web apps can be letterboxed, but only if their viewport’s width is set to either device-width or 320. To set the proper scale and avoid letterboxing, set the viewport’s initial scale to 1.0. (Thanks to Max Firtman for this solution.)